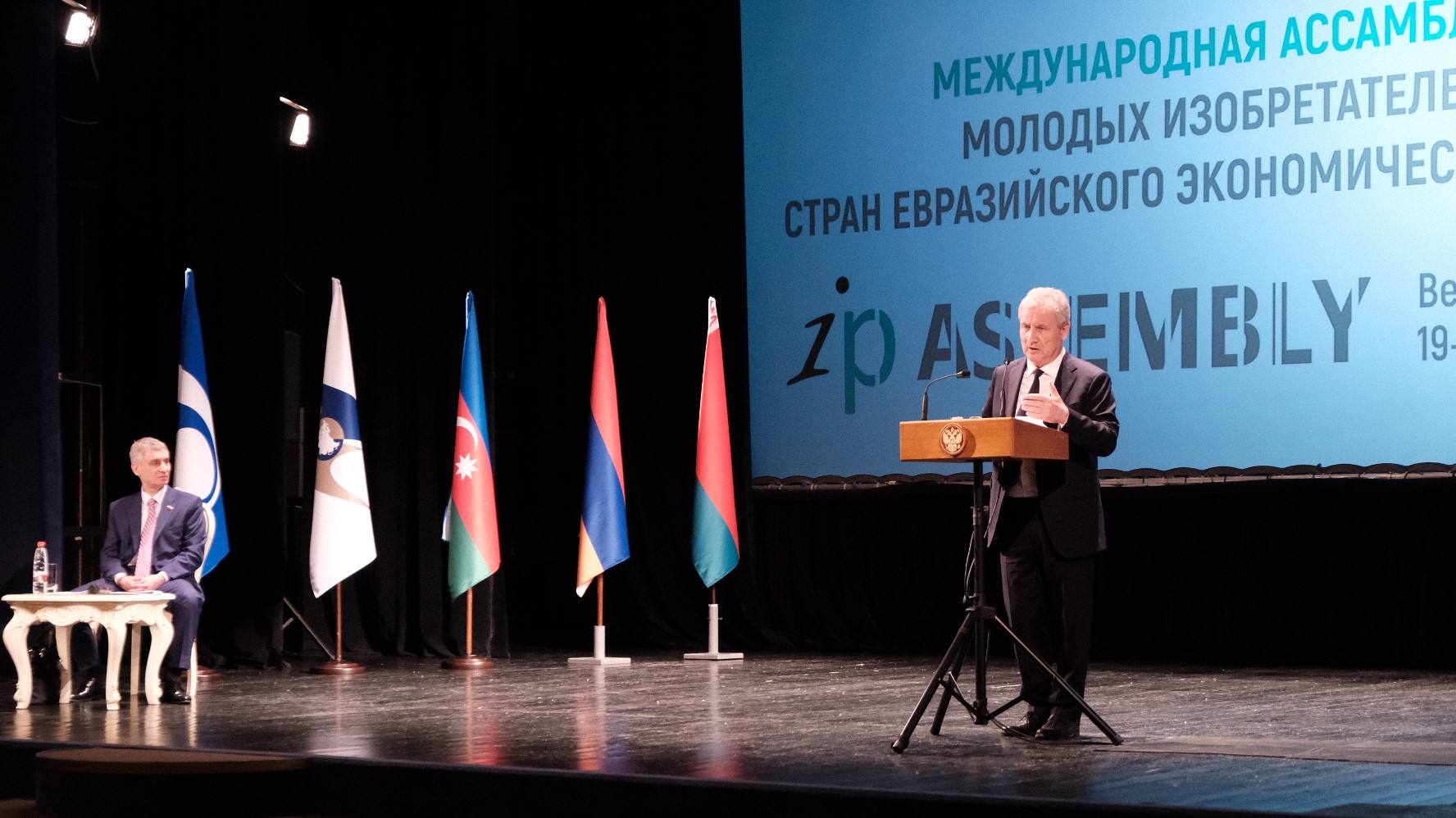 From May 19 - 21, staff members of SPC RAS: Natalia Sevostyanova and Igor Lebedev took part in the First International Assembly of Young Inventors of the Eurasian Economic Union.

The Assembly was initiated by Sergey Fabrichny, a member of the Federation Council of the Federal Assembly of Russia, who represented the Novgorod Region. The launched project is called to create a unified space, in order to arrange within this initiative a support for young inventors with the experts involvement. For the first time, inventors from Russia, Kyrgyzstan, the Republic of Belarus, Kazakhstan and Armenia were united on the site.

At the inventions’ exhibition, the development of the laboratory of autonomous robotic systems of SPC RAS and Novbiotech LLC - an unmanned aerial vehicle "BD-4" with a laser module was demonstrated. The presented development is aimed at solving the main task of biologization and increasing the crop production efficiency. Exposure to red light activates photosynthesis in plants, increasing not only the crops yield, as well as the accumulation of useful economic characteristics (increasing the protein and carbohydrate content). Using a system of plants’ growth activation will reduce the pesticide load and the application of chemical products for plants’ protection, as the activation of the genetic plants’ potential accelerates their immune response.

Above development drew the attention both of the regional Government representatives and production companies, like Rostech and JSC SPA Kvant. Also, regional and federal media (like the TV channel "Russia-24", the publication "Rossiyskaya Gazeta", etc.) published information about the invention.