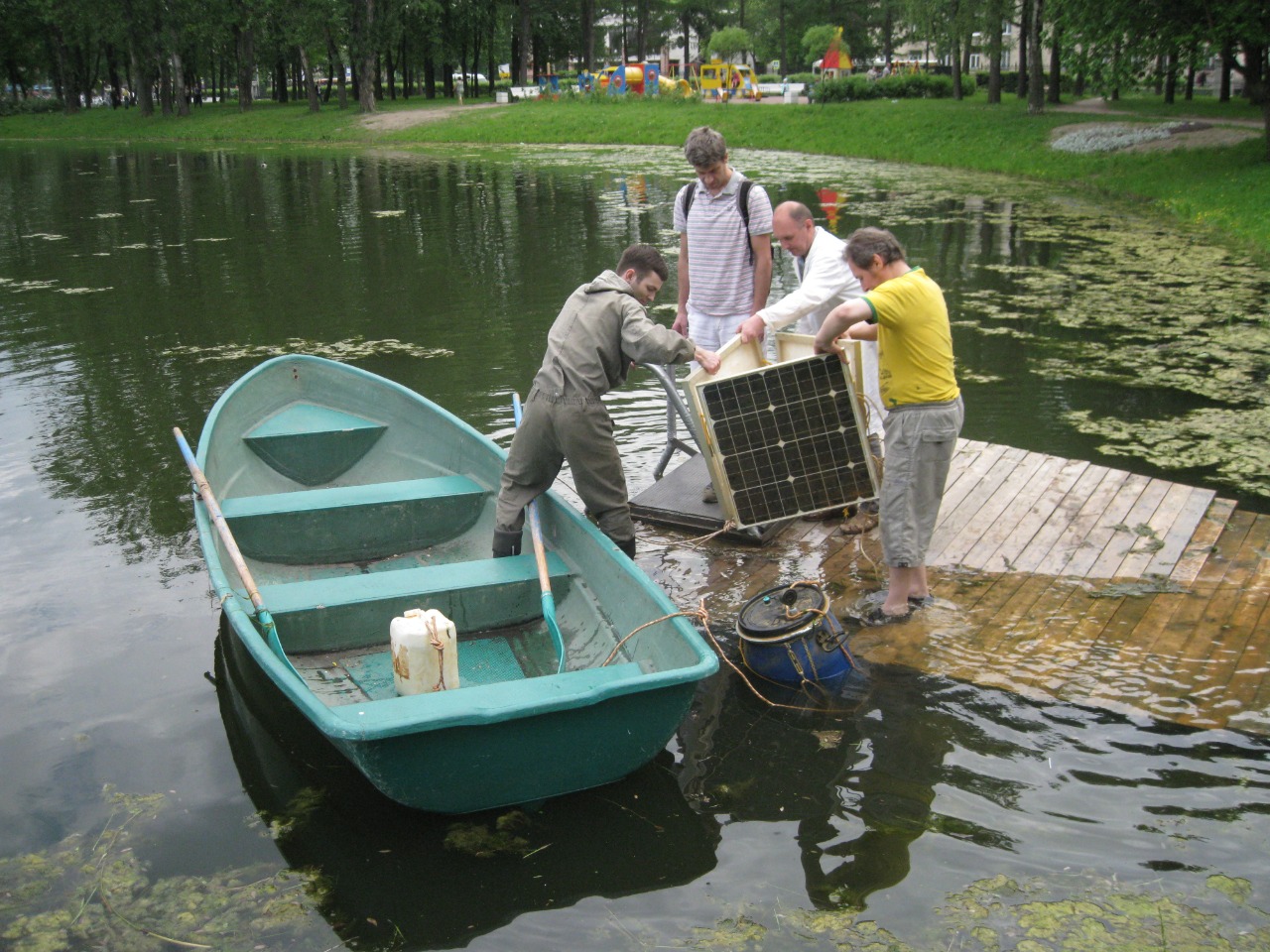 Researchers of St. Petersburg Federal Research Center of the Russian Academy of Sciences (SPC RAS) have developed a prototype of the ultrasonic installation that allows for preventing an overgrowth of cyanobacteria (blue-green algae), who produce dangerous toxins that pose threats to human health and aquatic life. The development has a number of advantages when compared with imported analogues and can possibly be used to clean from cyanobacteria the reservoirs in Russian cities.

The cyanobacteria "blooming" is a pressing issue for many reservoirs in Russia and other countries over the world. The massive "blooming" of these algae heavily pollutes and poisons the reservoir; this pollution includes the released cyanotoxins. At any contact with water within the polluted area the human body can be exposed to serious negative impacts produced by cyanotoxins (diseases of skin, liver and other organs, up to fatal outcomes). Latest medical studies demonstrated that prolonged use of water containing even a minimal per cent of cyanotoxins can serve as an impetus for the development of Parkinson's and Alzheimer's diseases.

It is difficult enough to limit the spread of cyanobacteria, especially if the reservoir is heavily polluted with industrial, agricultural, municipal and other enterprises sewage, containing excessive amount of biogenic elements, primarily phosphorus and nitrogen. Even upon the liquidation of economic activity near the water area, a long period will be required to restore the reservoir. In addition, the use of chemicals mortal for cyanobacteria is also perilous for humans and the reservoirs’ inhabitants. Therefore, the task of finding the effective and environmentally friendly ways to combat dangerous microorganisms is faced by scientific groups over the world.

“We have developed several types of installations that, with the help of low-intensity ultrasonic waves, can prevent the development of toxic cyanobacteria in reservoirs. Experiments on their use in the St. Petersburg city ponds have shown an almost 10-fold decrease in the mass of cyanobacteria,” says Vladimir Rybakin, Head of the Laboratory of Complex Problems of Limnology of at SPC RAS.

As scientists explain, the ultrasound (sound waves at frequencies exceeding the ones perceived by a human ear) is a stressful factor for toxic cyanobacteria. In response, their protective mechanisms are triggered, causing a thickening of the surrounding mucous membrane and cell walls. This leads to the bacteria’s impossibility to interact with the environment and their metabolic processes disruption. The result was a mass extinction of cyanobacteria.

The idea of using ultrasound as means for combating microorganisms poisoning reservoirs is not new by itself: the first ultrasonic devices for protection against cyanobacterial "blooming" in reservoirs were developed in Belgium, then in South Korea, the USA and currently are successfully used in many countries. However, the Russian analogue has certain advantages in a number of indicators, methods of application and technological solutions.

“Imported analogues are installed near the reservoir shore, and can be turned off or damaged by people passing by. The peculiarity of foreign devices is that ultrasound propagates only in one direction relative to the source. Our stand-alone ultrasonic unit should be placed in the center of the reservoir, at a shallow depth. It can work for about a month due to batteries and solar panels. In addition, such a system creates ultrasonic waves in all directions, what allows for extending the area of its effective operation. Also, the cost of a domestic installation will be lower than an imported analogue,” explains Vladimir Rybakin.

The first domestic device, a stand-alone station, was assembled at Okeanpribor Concern JSC in St. Petersburg. This development was based on long-term laboratory and field studies performed at IL RAS under the supervision of Academician V.A. Rumyantsev. The operating frequency range of the device varied from 20 to 250 kHz. The power was supplied from a battery and a solar battery.

The development has been tested in two ponds at the Moscow Victory Park in St. Petersburg for several months. Because of the relatively weak intensity of the used ultrasonic signal (safe for fish, birds and other reservoir inhabitants), the stand-alone station was implied certain restrictions on the area of application, however, for large ponds, several such devices can be used simultaneously.

Now researchers work on a new project of a stationary ultrasonic installation, to be placed in the center of the reservoir and powered by a current from a 12 volt source via a cable laid on the reservoir bottom. Multiple layouts of this device had been successfully tested. In the future, scientists also plan to find out the effectiveness of ultrasound on other types of cyanobacteria.

The technologies of scientists had drawn attention of the Nevsky-Ladoga Basin Water Management (part of the Federal Agency for Water Resources of Russia). Specialists of the state authority expressed interest in implementing the methods combating against “blooming” of reservoirs, developed at IL RAS, over the territory of the North-West of Russia and, particularly, in St. Petersburg.