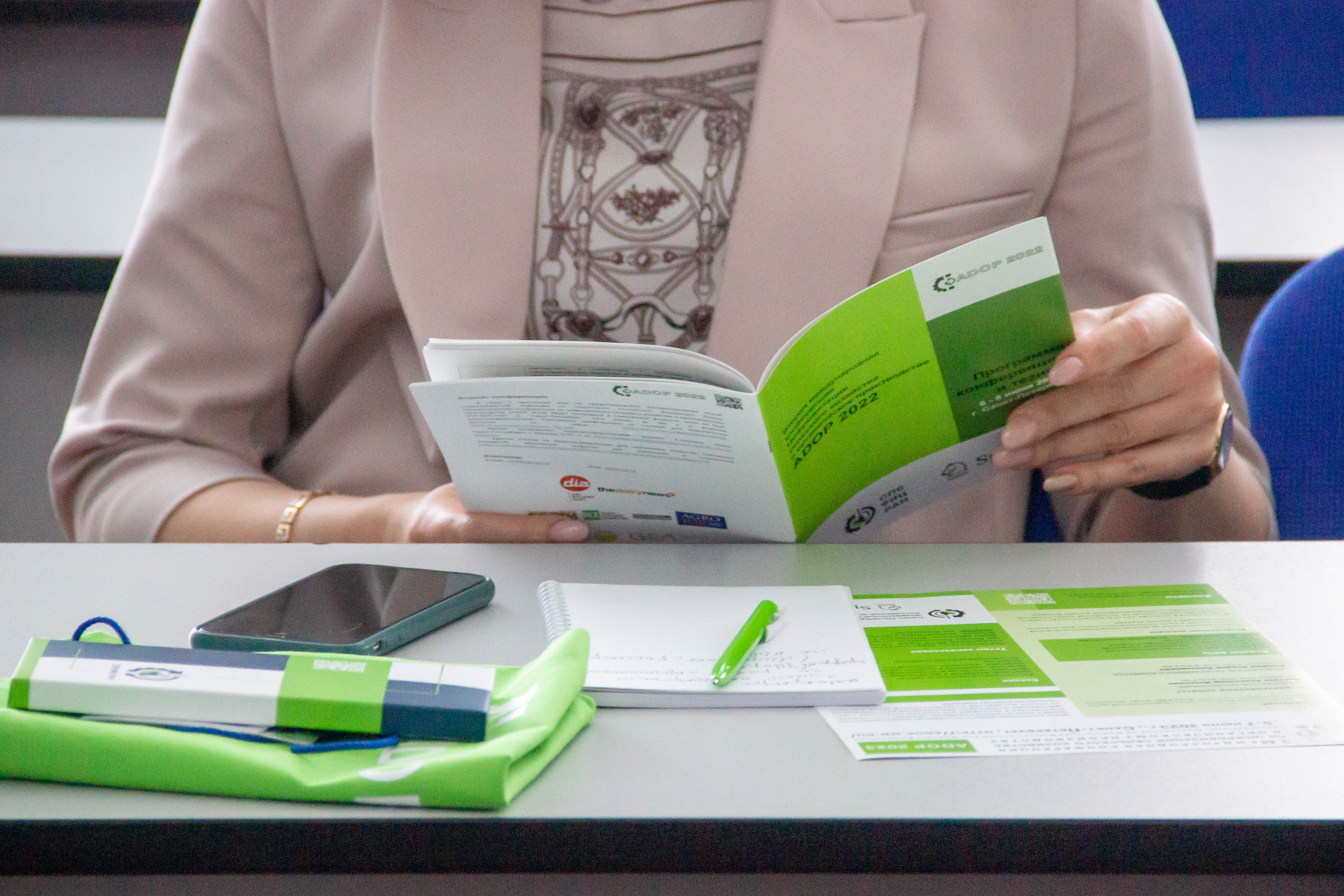 St. Petersburg Federal Research Center of the Russian Academy of Sciences (SPC RAS) served as the Conference organizer and host.

Welcome addresses to the Conference participants and organizers were delivered by Vugar A. Bagirov, Director of the Department for Coordination of Organizations’ Functioning in Agricultural Sciences of the Ministry of Science and Higher Education of the Russian Federation, Corresponding Member of the Russian Academy of Sciences; Alexander V. Varenov, Deputy Chairman of the Committee on Agro-Industrial and Fisheries Complex of the Leningrad Region; Sergey N. Kosogor, Head of the project on digitalization of the Agro-Industrial Complex of the Center for Technological Transfer of the National Research University "Higher School of Economics"; Alexander S. Belyakov, Honorary Citizen of the Leningrad Region, Adviser to the Governor of the Leningrad Region on Agriculture; Alexander I. Kostyaev, Chairman of ADOP Conference, Chief Researcher of the St. Petersburg Federal Research Center of the Russian Academy of Sciences, Academician of the Russian Academy of Sciences.

The Conference was attended by over 250 participants from 4 countries and more than 20 subjects of the Russian Federation.

ADOP 2022 conference was run in a hybrid format – face-to-face at the St. Petersburg Federal Research Center of the Russian Academy of Sciences (over 50 participants) and in a videoconference format (over 200 connections).

As part of the conference, a demonstration was arranged to exhibit robotic systems and unmanned aerial vehicles developed in St. Petersburg by SPC RAS within the framework of interdisciplinary research on the digitalization of agricultural production.

Aspects of state support for developing the organic production, digitalization of the agro-industrial and fisheries complex, rural areas were considered in the presentations of Oleg Mironenko, the Executive Director of the National Organic Union; Vasily Sokolov, Deputy Head of the Federal Agency for Fisheries; Olga Abramova, Deputy Prime Minister of the Udmurt Republic.

"The second ADOP conference is distinguished by an even greater harmony of topics of the delivered presentations and the demonstration of practically implemented solutions. The research and development of domestic end-to-end technologies that account for aspects of precision farming, forage production, breeding, genetics, animal husbandry, deep processing of products, market conditions and the social sphere of rural residents is the key to the sustainable development of agriculture. Interdisciplinary results were also considered in the presentations that regarded a new direction of the conference on digital technologies in aquaculture, including the integration for production of aquatic organisms and plants with the minimization of anthropogenic impact on the environment. The conference was held along with the celebration of World Environmental Protection Day, World Ocean Day, the 350th anniversary of the Peter the Great birth and the White Nights in St. Petersburg, what allowed for combining the scientific and social programs for full-time participants," commented Andrey Ronzhin, Director of SPC RAS and Chairman of the Conference Program Committee.

The accepted articles will be published in English in the Proceedings "Agriculture Digitalization and Organic Production" in the Smart Innovation, Systems and Technologies series being published by Springer, indexed in ISI Proceedings, EI-Compendex, SCOPUS and Springerlink.

The consolidation of interdisciplinary knowledge turned over the major result of the Conference and, thus, allowed to comprehensively consider effective approaches to adapting in agriculture the advanced developments of robotics and digitalization, ensuring the production of organic products with market acceptable costs, to solve urgent problems of the development of animal husbandry and crop production.

The interdisciplinary tendency in the Conference subject matter once again demonstrated the importance of integrating scientific research of all scientific departments of SPC RAS. Wide participation in the conference of interested managers and specialists of managerial bodies as well as the best companies in agricultural production allowed for organizing a bilateral exchange of knowledge and experience between science and practice, having emphasized the importance of a practice-oriented approach to research organizing and doing. An important positive result of the organization and holding of the conference was the inclusion of young researchers in the preparation of materials concerning research results for the international conference.

The ADOP conference has become traditional and useful source for new theoretical and practical information for researchers, through engaging them into expanded contacts with leading domestic and foreign scientists, colleagues, representatives of government bodies, industry unions, financial institutions, Russian agribusiness, and international companies.

Implementation of the accumulated scientific potential of Russian scientists in robotics, information technology, agriculture, biology and economics will stipulate the achieving of sustainable development in the agro-industrial complex facing the systemic global challenges, ensure the transition of agricultural production to a new technological order, and accelerate the solution of import substitution problems in technological development of domestic agriculture.

The Conference summary specially noted the high interest of domestic and foreign specialists in the event, the importance of interdisciplinary research and the need to hold the 3rd International Conference on Digitalization of Agriculture and Organic Production (ADOP 2023) in St. Petersburg from June 05-07, 2023.