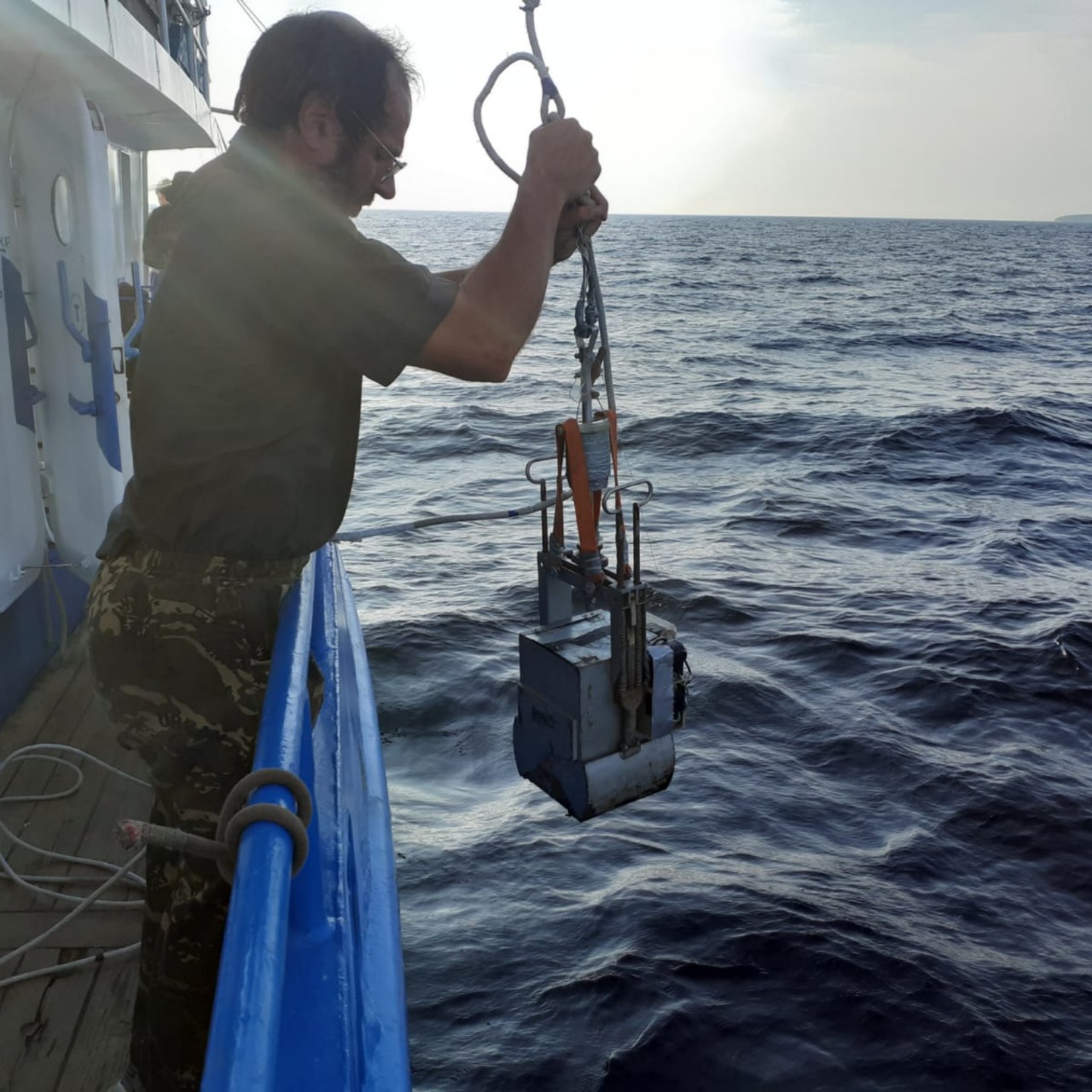 Developers of the St. Petersburg Federal Research Center of RAS (SPC RAS) have created an intelligent system for the DAK-250 dredger control, able to automatically recognize the type of soil, to work at significant waves in the water area, and guarantee the correctness of the dredger position during sampling. In addition, due to a number of sensors, the device is able to record the temperature at various depths and the submersion depth with an accuracy of 1 cm. The data are recorded in the device's memory and can be easily transmitted wirelessly. The device functionality will significantly increase the correctness and speed of sampling, as well as provide for additional data extremely useful for the subsequent processing.

Almost three quarters of the Earth's surface are covered by water basins; most of them are important objects for the economy functioning and ensure the society’s comfortable life. One of the most significant directions in the water spaces study are the bottoms of salt and fresh water reservoirs investigation.

The mentioned works allow for forming an idea of the living organisms that inhabit the reservoir, the chemical composition of underwater sediment, the pollution level of the water area and many other aspects. Therefore, today, for advanced research the scientists and environmentalists need high-precision equipment that would work at great depths and adverse weather.

“We have developed a dredger control system, that unlike existing analogues, can assess the soil characteristics and the correctness of the position on the bottom and independently make decision on the operation of sample grabbing ladles, thus, practically eliminating the unsuccessful or incorrect operation of the device and, accordingly, exclude the ascents of empty dredger and its extra descents. Sensors controlled by a microcontroller can increase the amount of information being acquired during the study, significantly increase the operations’ accuracy and speed,” says Mikhail Dudakov, staff member of the Laboratory for Complex Problems of Limnology at the Institute of Limnology Science of RAS (IL RAS) – SPC RAS.

The design of a classic dredger, like DAK-250, has undergone no significant modifications over the past half century, due to its reliability and ergonomics. The mechanical part of the dredger consists of two grippers connected by an axis. It plunges over the ship or boat board tied up on a rope or a cable and reaches the bottom, burrowing into it under as forced by its own weight and inertia. The decision to trigger is made by the operator, who lets the load (“a message”) over the cable or a rope. It is important to note that when the dredger works at great depths, “a message” takes time to descend to a given depth, say, to go down 200-300 m takes up to 3 minutes. The cable then should remain taut and slightly deviate from the vertical, which is extremely difficult to perform under a high wind and wave. Failure in matching these requirements leads to an idle operation of the dredger or, even worse, to a decrease in the collecting area, thus, distorting the data. Moreover, within the areas with a complex structure of the bottom sediments, for instance, in rocky or moraine landscapes, partially composed of solid-clastic material, a dredger without an electronic control system will make senseless extraction attempts on a rocky bottom, and that will cause the work time waste. In conditions of pitching with a height of up to 2 meters, sampling becomes almost impossible, since at “a message” arrival due to the tension of the cable, the dredger can change its position before this. To resolve these complications, the scientists of IL RAS – SPC RAS furnished the dredger with an electromechanical control system and sensors (accelerometer, gyroscope, high-precision barometric sensor, as well as an electronic thermometer); the system is controlled by a microcontroller, it also provides data storage and wireless communication. It is important to note that the mechanics of the dredger itself has not been changed during the upgrading; it is still triggered by the impact of a load that imitates “the message” of the classical scheme. Therefore, all methods of using the dredger remain relevant for the upgraded version, and now automation is responsible for the operation of the ladles and does it efficiently and guaranteed with grabbing a sufficient sample volume. Extra advantage are the data on the mechanical properties of the soil, the exact depth and layer-by-layer temperature values from the sampling site to the surface.

“We have already started testing the device in Lake Ladoga at depths up to 150 meters (the maximum depth for the device submerging is 300 meters) and received quite good results: out of over 100 samples, only 3-4 were not informative enough. Now the software is being improved and the database is being simultaneously filled on the dredger’s functioning on various types of soils under different operating conditions to further increase its operation efficiency. Such capabilities of the device can be used by different groups of scientists doing limnologic research, as well as by ecologists at studying various pollutants in reservoirs,” adds Mikhail Dudakov.

So far, the “smart” dredger has been submerged from the vessel to the almost 150 m depths without anchoring under the moderate winds and a wave height up to 1.5 meters. However, in the future, scientists plan to upgrade the device's software and increase the database in regard to the soil types, thus, reducing the dependence of the work on weather conditions. Based on this study, an application of a patent for an invention has been registered. The results of testing the dredger during the expedition on Lake Ladoga will be presented at the X International Baltic Sea Forum on September 26, 2022.